What is Melanocytic Nevus?

This is a benign growth that is also referred to as a mole, and is made of cells that are known as melanocytes which are cells that produce melanin. Melanin is a dark pigment that is responsible for what color your skin and hair will be. A person may be born with a melanocytic nevus or it can appear as they get older. This condition most often occur in certain families, in people who have spent more time in the sun, or in people who have fair skin. Although most are benign some can undergo changes that can lead to the formation of melanoma, which is a cancerous growth. They can occur in all mammals and not just in humans.

If they are found at birth they are called congenital melanocytic nevi and are usually larger than the moles that happen later in life. This type of melanocytic nevus carries a higher risk of becoming cancerous and developing melanoma. The giant versions of melanocytic nevus can be more than one and a half inches. Many times they are acquired throughout a person’s life and reach their peak during middle ages and then slowly start to decline as you become older. Elderly people tend to have fewer moles because of the tendency for any existing moles to disappear and the formation of new moles decrease after you reach middle age.

There are no real symptoms with melanocytic nevus unless they start to become malignant and then there may be itching, irritation, and bleeding. Most melanocytic nevus range in color from a pinkish color to brown and are normally less than one centimeter thick. They can also look like a simple beauty mark.

Some of the other characteristics, or symptoms, can include:

Although this might not be considered a cause melanocytic nevus occurs when the melanin cells cluster together. The exact cause is not known but it is thought that melanocytic nevus is caused by a defect during embryonic development which happens in the first three months of pregnancy. This defect is thought to cause the melanocytes to be produced at an extremely fast rate and instead of spreading throughout your body they form in clusters. When this happens it can also cause you to have some abnormal pigmentation in some areas of your body along with the melanocytic nevus.

When diagnosing melanocytic nevus they are mainly looking to make sure if the mole is non-cancerous or cancerous in order to start the proper treatment. When you have a mole removed it is examined under a microscope. If you have a large number of these they may make a topographic chart, also referred to as a mole map which represents your entire body and has the characteristics and locations recorded for each melanocytic nevus.

The best treatment for melanocytic nevus is to prevent them from happening in the first place by protecting your skin from the harmful rays of the sun and by watching any existing moles carefully to see if there are any changes like bleeding, alterations in the color, size, or shape, or itching that might indicate it is changing from benign into malignant. Many times when a person has melanocytic nevus it is left untreated unless it has some of the characteristics of it becoming malignant. If it is removed it can be done using plastic surgery, especially if it catches on your clothes which can lead to irritation or appears unsightly. If it is thought that the melanocytic nevus is malignant it is usually completely removed by cutting it out and sending it for a biopsy to verify if it is or is not malignant and then the area where was cut out is stitched closed. It is recommended that the entire melanocytic nevus not be removed unless it is malignant because it can result in a big risk of it returning if removed and is benign. 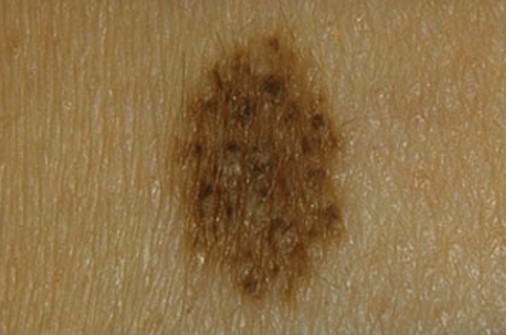 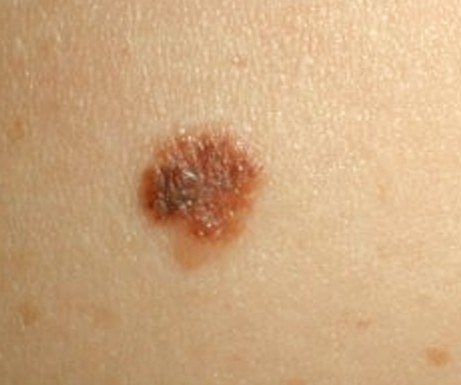 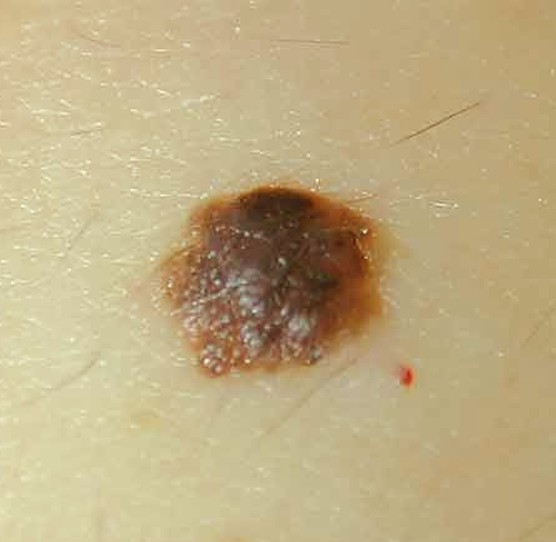 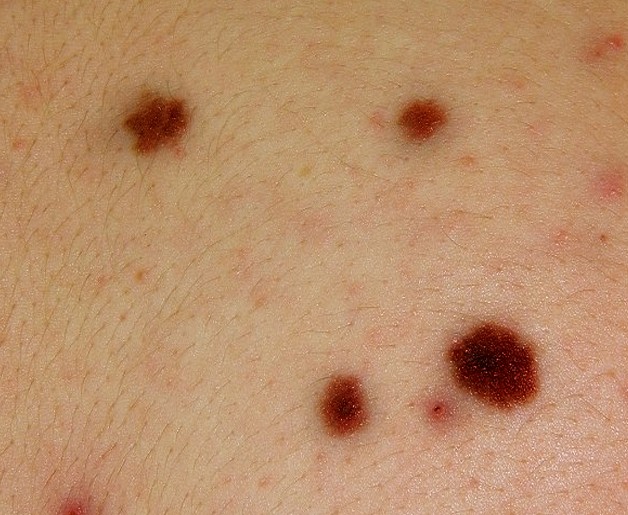