Implantation bleeding is one of the common signs of pregnancy. Many women oftentimes have mistaken it for a menstrual period. However, if you are sexually active and/or trying to get pregnant, you need to be extra cautious with implantation bleeding. 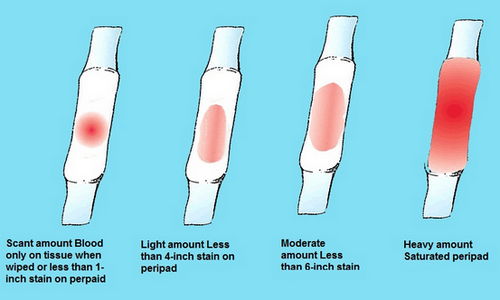 Implantation takes place when the fertilized egg attaches/implants itself to the lining of the uterus. It usually takes place six to 12 days after fertilization. During ovulation, the ovary releases an egg. If there is a sexual contact, the sperm will fertilize the egg and form a zygote. The zygote will travel to the fallopian tube until it reaches the uterus and implants itself in the lining. (2, 3)

What is Implantation bleeding? 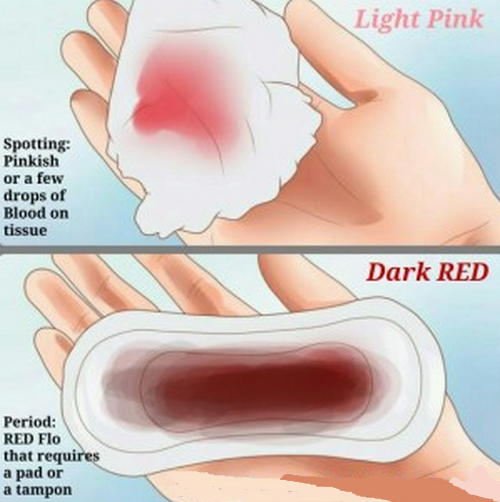 Image 2: A comparison image between an implantation bleeding and a regular menstruation.
Picture Source: i1.wp.com/conceivesuccess.com

When does implantation bleeding occur? 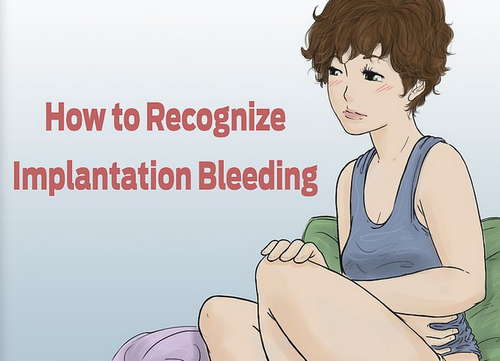 How long does implantation bleeding last?

Implantation is just a normal physiologic response of the body. It is an indicator that you are pregnant, which is a positive thing. It should not be a cause for concern. In fact, it does not possess any risk to the mother and the developing baby.

However, if the bleeding is heavy and longer than the usual, it isn’t considered normal at all. It could be a sign of something more serious. It could lead to miscarriage or ectopic pregnancy.

The latter is more likely to happen if the bleeding comes with other symptoms such as nausea with or without vomiting, one-sided abdominal pain, and dizziness. These things are a cause for concern and if you are feeling any of the following along with bleeding, then you need to consult your doctor right away. (16, 17, 18)

To be sure, you need to watch out for other signs of pregnancy such as breast tenderness, nausea with or without vomiting (morning sickness), mood swings, fatigue, and sleepiness. Just because implantation bleeding does not take place does not mean you are not pregnant. On the other hand, excessive bleeding during pregnancy could indicate a miscarriage, ectopic pregnancy, or the egg does not have an embryo.

Again, it varies from one patient to another. Every pregnancy is unique because every person has a unique biochemical makeup. To be sure, you need to consult your doctor. Your doctor is the best person to help you with your concerns. (19, 20)

If you are pregnant and you notice a blood stain in your underwear, you will surely panic and anxious. As much as possible, you have to remain calm. There is really nothing to worry, especially if you don’t experience any pain, abdominal cramping, or heavy bleeding.

Implantation bleeding is normal and would last for three days (maximum). If you feel like it is more than just implantation bleeding, then the best thing to do is to consult your doctor. The doctor will schedule an ultrasound to check on the developing baby inside the womb.

Bleeding related to implantation is treated as a part of the pregnancy. There is really nothing you can do about it. You cannot prevent it in any way. It is just a sign that tells you that everything is progressing the way it supposed to. Some women experience it while others don’t.

Just because you experience implantation bleeding does not necessarily mean that your pregnancy is abnormal. It is just a normal occurrence that could last for a few days. After that, everything will go back to the usual pregnancy pattern. (15, 18, 19)

To prevent any further complications, pregnant women are highly encouraged to follow normal pregnancy guidelines. These are the following:

Implantation bleeding is not dangerous. It is a part of the normal pregnancy progression. It lasts for a few hours to up to three days. The volume is small that using a regular pad won’t be necessary. A panty liner is enough to absorb the blood.

If bleeding becomes heavy, lasts for more than three days, and comes with other alarming symptoms, then you need to see your doctor. Your doctor will rule out the underlying cause of bleeding and will determine the best course of treatment and management. (10, 11, 12)