This medical condition is enlargement of your tongue. Sometimes the tongue will be normal size but the mouth will be smaller than it should be. A person who has macroglossia can be at risk from dying because of the enlargement of the tongue.

Macroglossia may be asymptomatic, which means no symptoms, but usually there is symptoms and the larger the enlargement of the tongue the more severe the symptoms can be.

Many times with macroglossia the tongue will constantly protrude from your mouth and make it vulnerable to having infections, ulcerations, and drying out. It can be subjected to necrosis which is premature cell death in living tissue.

The cause of macroglossia is usually associated with congenital medications like Down syndrome, Congenital hypothyroidism, and many others genetic conditions. It can also be caused by acquired conditions. The most common causes of macroglossia are hemangioma which is a benign growth or swelling of the cells that line blood vessels, muscular hypertrophy which is an increase in the volume of the tissue or organ due to the enlargement of the component cells, or lymphangioma which is a malformation of your lymphatic system. There are also some medical conditions that can cause macroglossia and in people who have some type of infection, immunodeficiency, or amyloidosis.

When a person sees their physician for this problem there are steps that must be taken in order to diagnosis what caused them to have macroglossia. If the patient has been diagnosed with a medical condition that is usually linked with macroglossia it makes it easier to make a diagnosis. For the patient’s overall health it is important that a correct diagnosis is made in order to start treatment.

The exact treatment used will depend on the cause and how severe the enlargement is along with what symptoms the person is having. If the person has minimal symptoms or a mild case there may be no treatment necessary. To treat a severe case of macroglossia you will need to see a maxillofacial surgeon because surgery is usually the only way to treat this type of macroglossia. If surgery is necessary the maxillofacial surgeon will do a reduction glossectomy, which is reducing the size of your tongue. When the tongue size is reduced it will fit into your mouth more comfortably. If macroglossia has caused orthodontic abnormalities you may need treatment to correct these abnormalities.

Collection of pictures of Macroglossia… 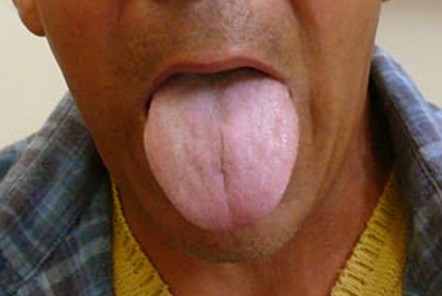 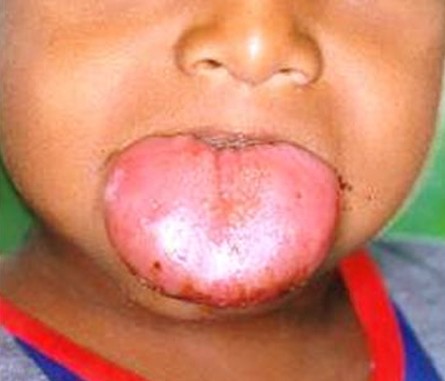 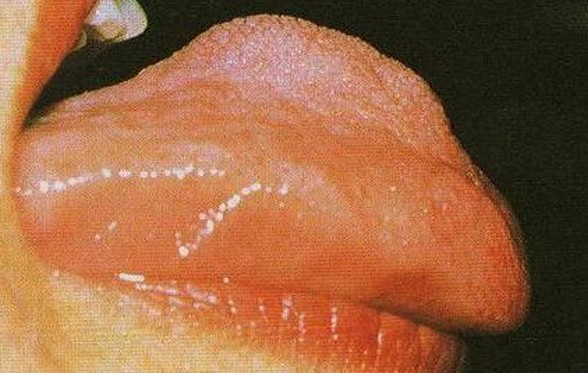