What is MCHC in blood test ?

What does MCHC mean in a blood test? It stands for mean corpuscular haemoglobin concentration. What it does is it measures the amount of haemoglobin in each red blood cell.

An MCHC test is ordered if the patient has an ongoing infection along with weakness, bruising, and inflammation. It is the standard blood test for people are suffering from anemia. MCHC is often done together with MCV (mean corpuscular volume) test because both of them can thoroughly evaluate blood disorders. (1, 2)

However, if the level of MCHC falls below 28%, it indicates that you have too low MCHC. If this is the case, then additional test should be done to thoroughly assess the health condition of the patient. The same thing goes for patients whose MCHC result is high. (2) 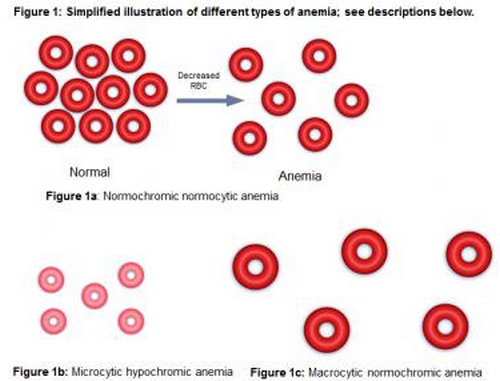 Photo Source : img.medscapestatic.com
Picture 1 : An image that shows a simplified illustration of various types of anemia. 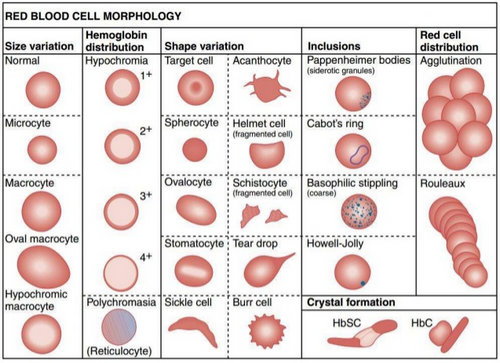 What is the significance of high MCHC test result?

If the level of MCHC is way too high, it could indicate that the cells are hyperchromic. It means that there is a high concentration of haemoglobin in every red blood cell. MCHC high symptoms are evident in patients with autoimmune haemolytic anemia (the immune system destroys own red blood cells), hereditary spherocytosis (a congenital disorder that causes anemia and gallstones), and macrocytic anemia.

Other conditions that can lead to increased corpuscular haemoglobin concentration include vitamin B12 deficiency, liver disease, and a secondary complication of burn. (3, 4)

There are various reasons why MCHC is low. MCHC low symptoms include shortness of breath, fatigue, weakness, pale skin, dizziness, the skin gets bruised easily, and loss of stamina. Anemia, specifically hypochromic microcytic anemia is the common cause of low MCHC.

If the MCHC in the blood test is low, it means that the haemoglobin level is low because the red blood cells are smaller than their usual size.

Other causes of low MCHC in the blood include the following:

How to detect if the MCHC level is low?

To check for the level of MCHC, the doctor will order for a complete blood count (CBC) test. The MCHC is a part of the routine CBC test and will measure the average volume of red blood cells. By analysing the result of the test, the doctor will be able to find out if you are suffering from anemia, including the type of anemia. The underlying cause of anemia will be ruled out too, which will aid in creating a course of treatment. (5)

If the MCHC result is low, the doctor will conduct another test to determine the root cause of the problem. If the doctor is suspecting anemia, he will check the iron level as well as the iron binding capacity. These tests measures the body’s ability to absorb iron. If the doctor is suspecting a massive blood loss, he will then watch for any signs and sources of blood loss. Those who are profusely bleeding due to heavy menstrual cycle are prone to low MCHC. (6)

Other diagnostic procedures that help detect the source of low LCHC level include the following:

What are neutrophils in a blood test?

Other reasons for the abnormal increase of neutrophil include physical and mental stress, smoking, polycythemia vera, and haemolytic anemia. An increase in neutrophil level is also present in pregnant woman, but is usually considered harmless. It will eventually go back to its normal level without requiring any treatment. (7)

What you can do to significantly improve the level of MCHC?

If you want to bring the level of MCHC within normal range, it is a must to find out first the reasons why there is a deviation in the level of haemoglobin in the body. If it is caused by severe conditions like bone marrow disease or cancer, a specialized treatment is necessary.

If the cause is due to side effects of medications, then that particular drugs should be discontinued. You have to ask your doctor for an alternative medication. If it is caused by nutritional deficiencies, then you have to increase your intake of essential vitamins and minerals. Have a healthy diet, especially the ones rich in iron, vitamin C, folate, and vitamin B12. (9, 10)