Trypophobia is a term coined by internet users in 2005. About 16% of people has trypophobia as a result of a study in Psychological Science. It is the fear to cluster of holes of any variety that possesses no threat. The severity of trypophobia varies from one person to another.

Some people are uncomfortable seeing clusters of holes while others shake all over because of fear. The word trypophobia comes from the Greek word trypa which means hole and phobos meaning fear.

Although a lot of people have experienced trypophobia, the American Psychiatric Association’s Diagnostic and Statistical Manual of Mental Disorders does not categorize trypophobia as a psychiatric illness.

Some people think that the fear to cluster of holes is innate while some research linked trypophobia to human DNA and nature. The brain associates the shapes with danger, disease, or wounds. Another theory for the cause of trypophobia is that people are afraid of the images because of conditioning and priming.

Researchers from Centre for Brain Science at the University of Essex conducted a research. They concluded that the holes were not the reasons for people’s fear. It is how the brain perceives the holes. The brain sees it as a danger and its reaction to holes is intense. People feel like there is something crawling on their skin. Once they see the image, they feel weak and sick. They feel like something odd is living inside the holes.

Trypophobia can also be caused by the following:

Trypophobia is a true psychological fear. However, there is no such medical condition that causes severe holes in the skin. Although, there are skin conditions that can be categorized as bizarre or gruesome such as vitiligo, smallpox, human papilloma virus, and leprosy. 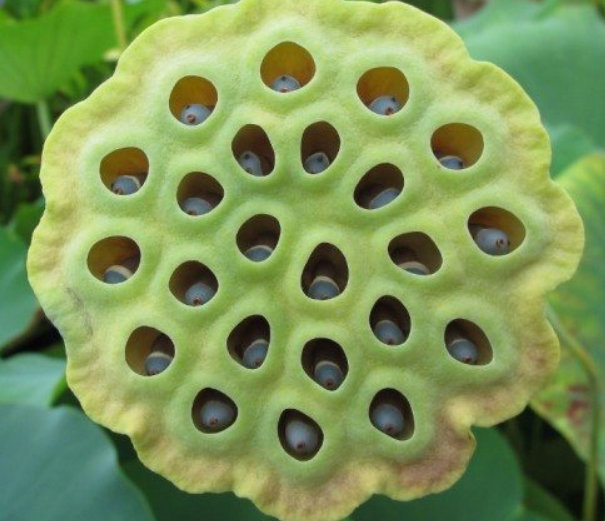 (An image of a lotus pod; one that triggers trypophobia) 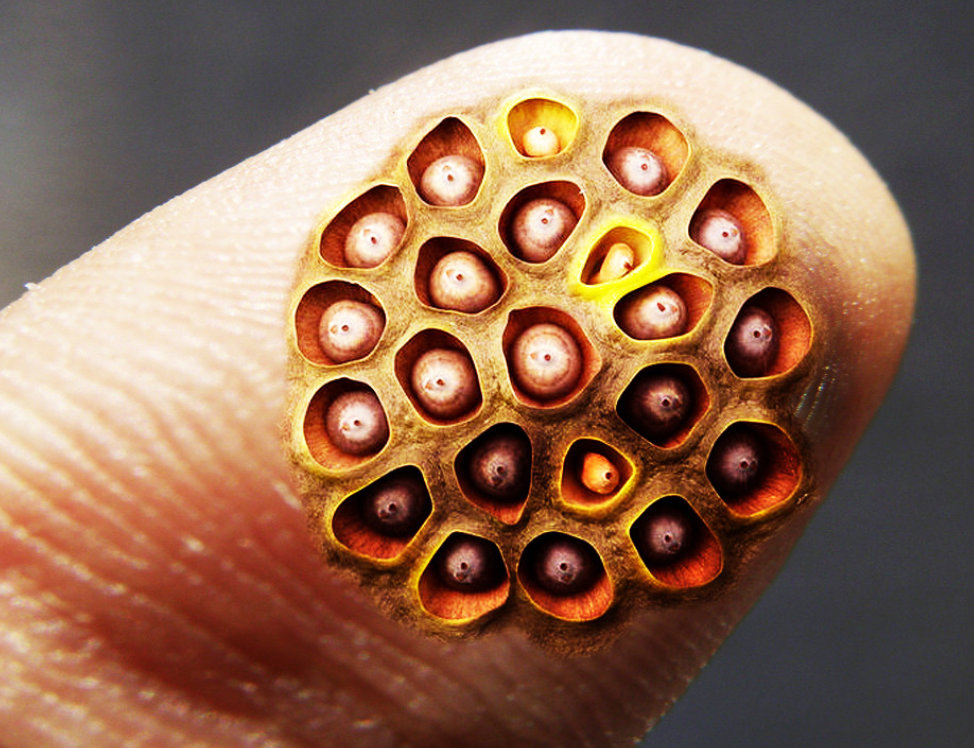 (A cluster of holes in the thumb)

Signs and Symptoms of Trypophobia

There are cardinal signs and symptoms of trypophobia. Just like any other forms of phobia, trypophobia causes uneasiness and irritation to the whole body by just merely looking at the feared object like sponge, cheese, and beehive.

A person might watch the object for some time and decimate it after a few minutes. Symptoms associated with the fear include the following:

How to Test or Diagnose Trypophobia?

Trypophobia is something new and the exact cause is still unknown up to this time, although there are some theories and research conducted on the causes of trypophobia. To diagnose trypophobia, the best thing to do is to present things with cluster holes openings.

This is called trypophobia test pictures. If the image triggers response in patients experiencing this fear, then it is an affirmation that the person has trypophobia. There are many different ways to perform trypophobia test and some of them include the following:

Cure and Treatment for Trypophobia

Since the condition has something to do with how the brain perceives an object, the cure, treatment, and management for trypophobia focus on therapeutic methods. These include the following:

In a psychological standpoint, a phobia is an anxiety disorder thought to arise because of a learned danger or innate evolutionary mechanisms like in the fear of snakes, fear of spiders, or fear of dogs. In other words, there is a real threat whether it is general or specific.

In people suffering with trypophobia, there is no exact threat. The objects being feared have very little in common with one another. The feared to cluster of holes is more of configuration, which causes visual discomfort and headache.