This is a skin condition in which there is progressive depigmentation of your skin. This means that you are loosing the brown color in areas of your skin which results in irregular patches of white that feel just like your normal skin. Vitiligo can happen to anyone of any gender, or race but appears to be more noticeable in people who have darker skin. It can also start at any age but will usually first appear between ten and thirty years of age. In the United States this skin condition affects one in very one hundred people which averages out to approximately two to five million people. There is also another disease that resembles vitiligo that is called Leucoderma. Some think both are the same skin condition but with leucoderma there is either development of brown patches on your skin or depigmentation. When a person has vitiligo it will usually start out as a small area and spread over time.

There are three different varieties of vitiligo, which include:

With this type of vitiligo the areas of your body that are affected are usually the ones that is associated with the dorsal roots from your spine and is more serious than non-segmental vitiligo. This is because segmental vitiligo spreads faster and the depigmentation and the discoloration patches of skin may stay there for the rest of your life.

With this type there is often noted a pattern of symmetry meaning that similar patches are seen on both feet, hands, and other areas of your body.

This is the most serious variety of vitiligo where almost your entire skin undergoes depigmentation, leaving very little skin left that has pigment.

There are not many symptoms but the main symptom of vitiligo is your skin losing pigment that in return produces patches of skin that is milky-white in color and normally starts on your arms and legs first. Vitiligo will most often affect your elbows, hands, feet, face, and knees or any area that is exposed to the sun.

There are also other common symptoms that can include:

When a person develops vitiligo it can appear in any of these three patterns.

This subtype is the most common with the loss of pigment being widespread across different parts of your body. This pattern often happens symmetrically

With this pattern you usually lose skin color on only one side of the body and happens at a younger age. It usually progresses for a year or so and then stops.

With this pattern the depigmentation will be limited to just one or a few different areas of your body.

The exact cause of this skin condition is not known but most feel it is an autoimmune disorder. The reason is that the white blood cells start attacking the melanocytes, which are the cells that give your skin its color. Your immune system has mistaken these cells as foreign bodies that they need to destroy. Once they are destroyed there is no pigmentation so the skin appears white.

There are three autoimmune diseases in particular that vitiligo are associated with, which are:

Vitiligo also seems to run in families so it could also be hereditary.

One of these treatments is using a special lamp that constitutes a part of phototherapy. The vitiligo patches are exposed to light rays with a wavelength of three hundred eleven to three hundred thirteen nanometers so you are not exposed to heat. Using this method does show results that are very successful, especially if it is used for children with vitiligo.

Physicians prescribe these if the vitiligo does not respond to phototherapy.

When you are diagnosed with vitiligo you should avoid all meat, including fish and instead eat lots of vegetables like cabbage, spinach, carrots, broccoli, and Brussels sprouts. To avoid irritating the skin condition you should also avoid junk food and spices. Eat fruits like peaches, black dates, mangoes, and apples. It is also very important that you drink a lot of water.

To help minimize the white spots you can take St. John’s Wart which will help immensely.

It is not a skin condition that is usually serious and is definitely not fatal but it can play havoc on some people’s mental health, especially children, because of the appearance of their skin. If this is the case they may resort to covering the areas with makeup or wearing clothes such as long pants, or shirts with long sleeves to cover the patches.

One thing that is very important to remember is that the areas of your skin that has loss its pigmentation is at a greater risk for being damaged by the sun so you need to make sure that you are putting on sunscreen with high SPF values. If at all possible you should avoid exposure to the sun for any length of time because the harmful UV rays could turn your skin darker, making the white patches more noticeable. If you have any concerns you should talk to your physician or dermatologist.

Photos, Images and Pictures of Vitiligo… 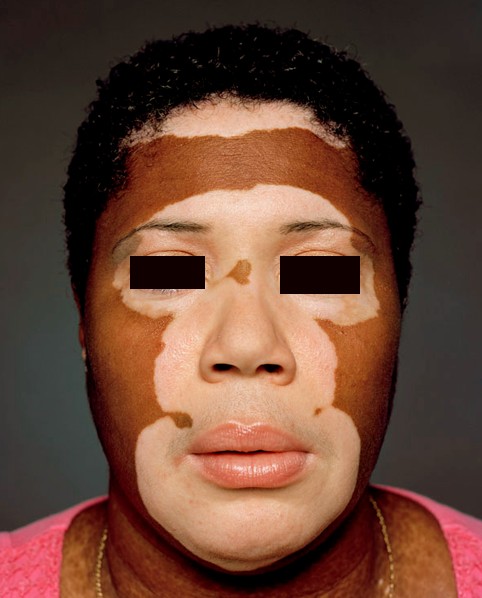 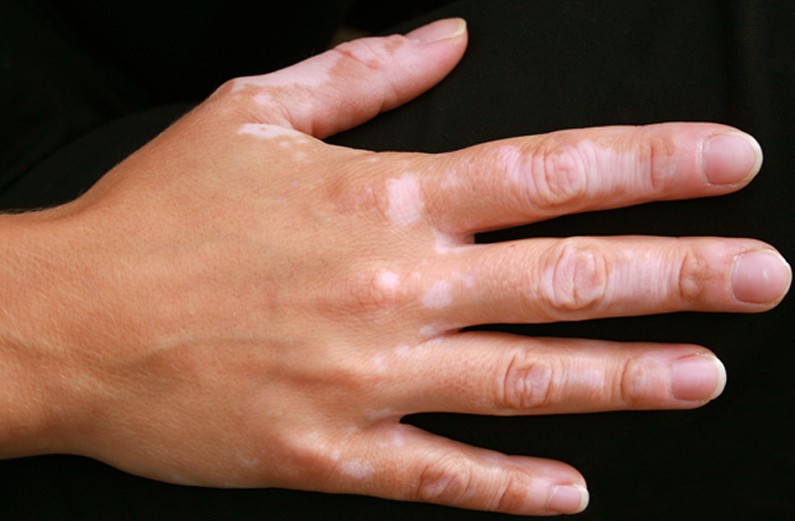 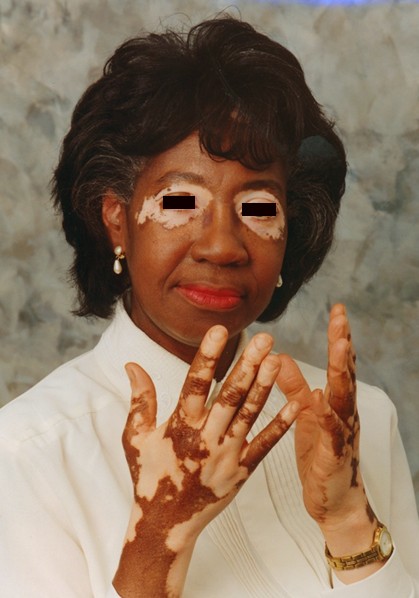 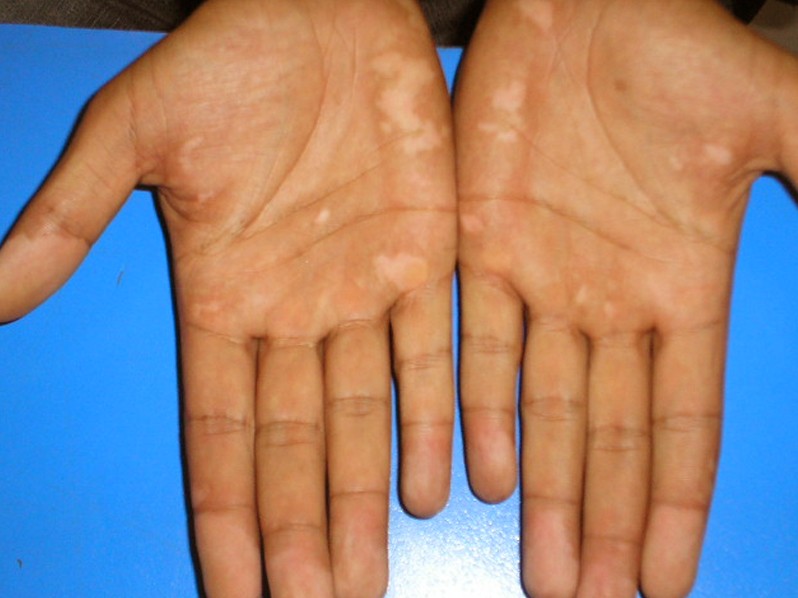 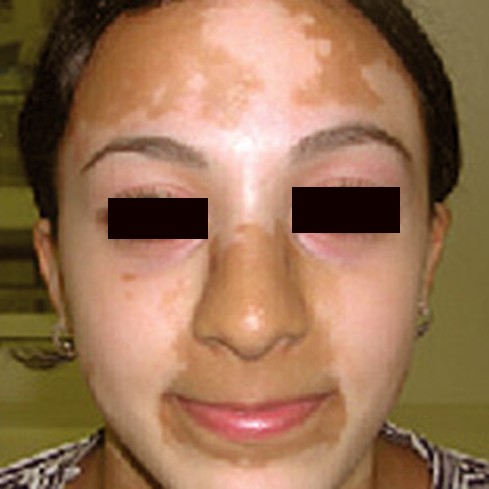