When it comes to dental health, the primary focus is always on the teeth. Only a few people know the importance of taking good care of the gums.

The gum is the soft tissue in the mouth covering the bone that holds the teeth in place. It surrounds the teeth and covers the jaw bone thereby providing a protective barrier. The gum is medically called gingiva. The gums play an important role not only in your dental health but in your overall health and well-being.

A swollen gums is a common problem. Swelling and bleeding are signs of gum-related disease. 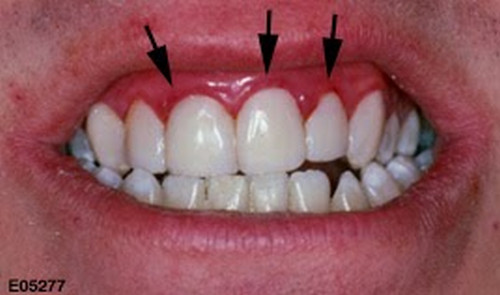 Image 1: A closer look on the oral cavity of a patient with a mild swelling of the gums.
Picture Source: 3.bp.blogspot.com 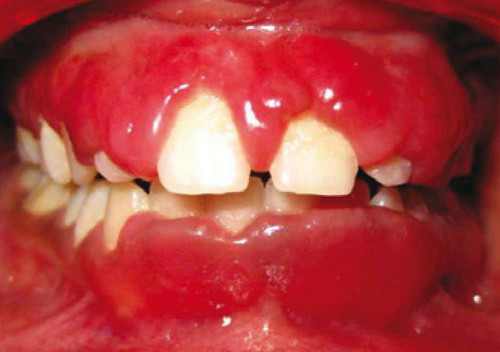 Photo 2: A severe swelling of the gums.
Image Source: naturalhealthbag.com 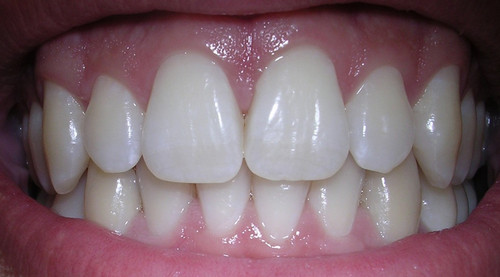 Photo 4: A comparison image of a healthy gum and a gum with periodontal disease.
Image Source: worlddental.ca

Everybody wants to have shiny and sparkling teeth. To achieve this, we tend to brush as vigorously as we can. We forgot to consider that the gums are made of sensitive tissues. Excessive brushing and brushing the wrong way could damage the gums. They can make the gums red and swollen. (3)

Flossing is necessary to get rid of plaque from places that cannot be thoroughly cleaned by a toothbrush. However, wrong flossing technique increases the possibility of swelling and painful gums. It is important to be very gentle when flossing the teeth.  (4)

This is the most common cause of swollen gums. Many people have gingivitis (less severe form of gum disease). However, there are also reported cases of severe gum disease such as periodontitis. Gum disease is a result of poor dental hygiene.

The bacteria in the mouth form plaque on the teeth causing inflammation and swelling of the gums. Once you have gingivitis, you need to treat it the earliest possible time. If you left it untreated for a long period of time, it could lead to a more serious condition.

It could even cause your teeth. You should immediately seek medical help if you notice any of the following:

A painful gums can be linked with canker sores. Mouth ulcers are common and can develop anywhere in the mouth such as the soft tissues in the mouth, tongue, and gums. You could have one canker sore or multiple canker sores at a time.

Side effects of chemotherapy

Chemotherapy causes painful, swollen, and bleeding gums. Those who are battling with cancer usually have stomatitis, which leads to sores and ulceration in the mouth and gums. (6, 7)

Excessive use of tobacco products

Excessive used of cigarettes and other tobacco products can damage the gums. Chain smokers are more likely to develop gum-related diseases. (3)

Changes in the hormone level causes a variety of symptoms and one of which is gum-related problem. It could happen during puberty, menstruation, pregnancy, and menopause. Swollen gums during pregnancy are common.

The condition is called pregnancy gingivitis, which usually occurs during second to third trimester of pregnancy. The gums swell and bleed. (7)

The body needs essential vitamins and minerals for it to function in its optimum potential. Vitamins and nutrients are called micronutrients and they play a very important role in preventing various types of diseases and illnesses.

The body does not produce micronutrients and so you need to supplement it from your diet. Micronutrient deficiency could make you prone to various diseases and illnesses including swollen gums. (5, 8)

There are a variety of oral care products in the market. Some of them contains strong chemicals that can irritate the oral cavity.

Some could even cause swelling and bleeding of the gums. As much as possible, you should choose oral care products made from safe and natural ingredients to prevent irritation. (1, 2, 3)

How to treat swollen gums?

If you have swollen gums, the best remedy is to get rid of the plaque and tartar build up. The dentist will also recommend regular dental cleaning, scaling, and root planing to stop the progression of gingivitis.

If the cause of swollen gums is advanced form of periodontal disease, the dentist will perform continuous treatment for swollen and bleeding gums. (8)

How to get rid of swollen gums : Home remedies

Mild gum swelling and bleeding can be treated right in the comfort of home. The recommended natural treatment for swollen gums include the following:

How to prevent swollen gums?