The appendix is a thin tube that is about four inches long. The appendix location is in the lower right abdomen. It is attached to the large intestines. In the medical field, it is called vermiform appendix.

Where is your appendix located

The appendix is located in the lower right side of the abdomen. It looks like a narrow tube-shaped pouch that protrude from the large intestine. It is connected to the caecum and about four inches in length and a pencil-thin.

It consists of an inner layer of mucosa and surrounded by submucosa, serosa, and muscularis layers. It contains masses of lymphoid tissue. The appendix is a vestigial organ, which means that a person can live a normal life even without the appendix. 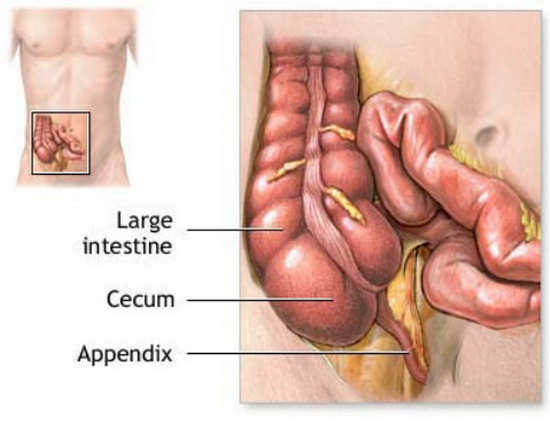 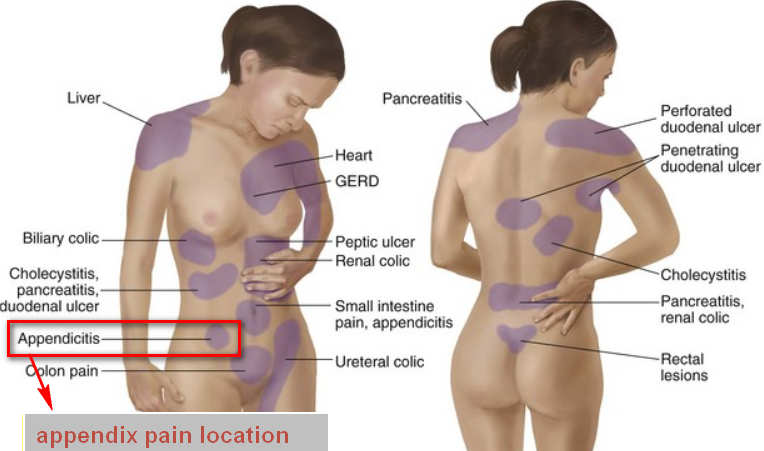 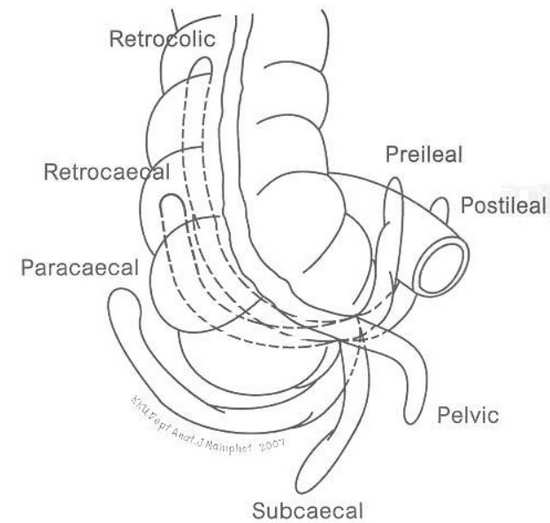 What is the function of the appendix?

For some reasons, the appendix can become inflamed. If not managed carefully, it could get severely infected and could lead to rupture of the appendix. Appendix problems symptoms include severe pain in the right lower quadrant of the abdomen, nausea and vomiting. Inflammation of the appendix is called appendicitis.

It is a medical emergency and requiring prompt surgery. If the problem is left untreated, it could lead to perforation of the appendix. It will spill infectious materials into the abdominal cavity. The lining of the abdominal cavity will be inflamed. The toxic materials will travel to various parts of the body. This can be fatal and could lead to death if not taken seriously. (2, 3, 5)

Image 1: An image of comparison between a healthy appendix and an inflamed appendix.
Picture Source: www.healthresource4u.com 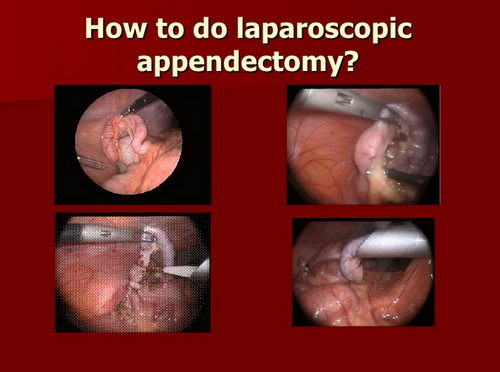 Photo 2: A step by step procedure on how to do a laparoscopic appendectomy
Image Source: image.slidesharecdn.com

It is quite difficult to diagnose appendicitis because its symptoms are similar to that of other diseases. To come up with an accurate diagnosis, various procedures need to be done such as urinalysis to rule out urinary tract infection, abdominal exam to check for signs of inflammation, rectal exam, CT scan or ultrasound of the abdomen, and blood test to check for infections. (6, 8)

It is necessary to remove a healthy appendix?

How to treat problems concerning the appendix?

The primary reason why the appendix is removed is to avoid bursting of the appendix. If there is abscess in the appendix, it should be drained first and will then be removed after a particular period of time. (10)

How do you know if your appendix burst?

There are signs telling you that your appendix is about to burst. These are the following: