What is Epidermodysplasia verruciformis?

It is an autosomal recessive genetic skin disorder with a classic manifestation of wart-like lesions that grow in various parts of the body. It is caused by the human papillomavirus (HPV). 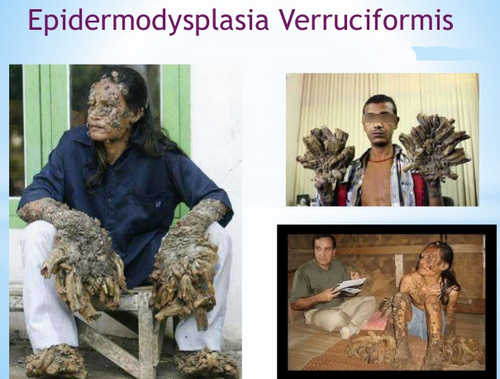 Image 1: A classic manifestation of a person with epidermodysplasia verruciformis.
Photo Source: image.slidesharecdn.com 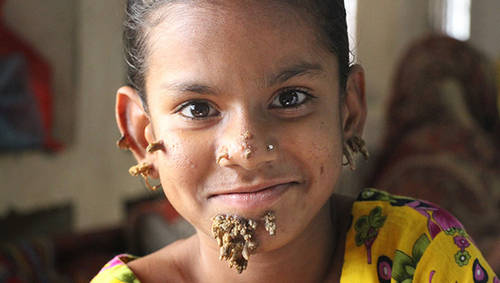 Picture 2: A person with a mild case of epidermodysplasia verruciformis.
Image Source: www.healthline.com

Who is prone to Epidermodysplasia verruciformis?

It is an autosomal recessive genetic disorder. In order for you to have the disease, you need the abnormal EV genes of both parents, thus, making the disease extremely rare. Although it is rare, epidermodysplasia verruciformis affects both men and women equally.

Epidermodysplasia verruciformis symptoms can develop at any age, although it commonly appears by the time the patient reaches puberty. The classic manifestation of EV is the wart-like lesion that looks like a flat-topped papule characterized by its pinkish to violet color.

There are instances when the lesions clump together forming large plaques. It has scaly surface and irregular borders. Another distinct characteristic of EV lesion is the seborrheic keratosis-like lesion, which is common in sun-exposed skin.

The lesion is brown in color and slightly raised. This type of lesion is most likely to develop into cancer.

The lesions of EV resembles the roots and/or bark of the tree. That is why many people call it the Tree-man disease/tree-man syndrome. The patient’s body will be covered with a small cluster of warts. In severe cases, the entire body is covered with warts.

The commonly affected parts of the body are the arms, neck, trunk, palms of the hands, armpits, soles of the feet, legs, and even the external genitalia.

Clinical and histological procedures should be done to accurately diagnose the condition of the patient. The medical history, clinical manifestations, and laboratory results should also be considered.

A thorough examination of the epidermodysplasia verruciformis showed enlarged cells I the spinous layer of the skin with a distinct blue-grey inflamed cytoplasm. It is indicative of HPV infection, which is totally different than the typical type of HPV.

About 50% of EV cases can progress into skin cancer in the forms of squamous cell carcinoma and basal cell carcinoma. The chances of malignancy are higher in people with EV who are between 30 years old and 50 years old.

While there is no existing cure or prevention for epidermodysplasia verruciformis, the best thing to do is to appropriately manage the condition of the patient. It is managed using a combination of medical and surgical remedy. Health education, counseling, and careful monitoring should also be a part of the management approach.

The following should be included in the management of epidermodysplasia verruciformis.

Although there is no cure for epidermodysplasia verruciformis, it still has a fair prognosis as progression to skin cancer is less likely to happen, especially when exposed to sunlight is avoided. Metastases is extremely rare too. (1, 5, 9, 10)