Home » Brain and Nerves » Blood Clots in the Brain

Blood Clots in the Brain

In the majority of the cases, the blood clots at the level of the brain are caused by the injuries of the blood vessels in the area. Unfortunately, the symptoms of such problems are quite complex, including a lack of coordination, vertigo, headaches and speech problems. 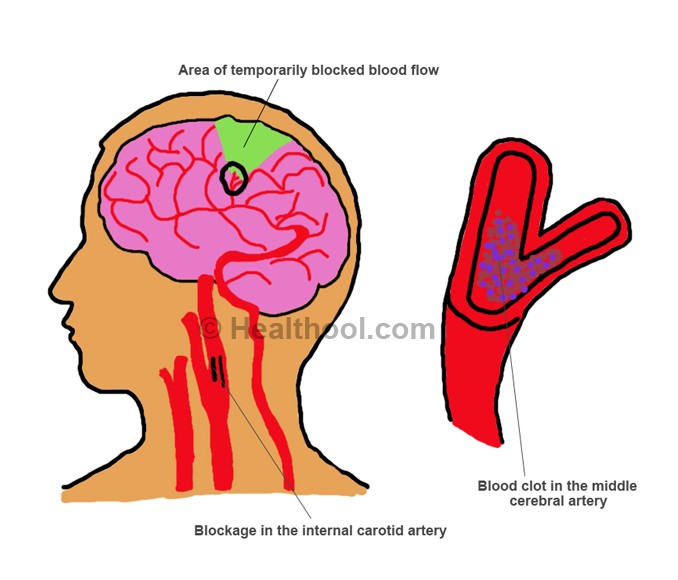 Picture of Blood clots in the brain : Diagram showing the (i) Area of temporarily blocked blood flow, (ii) Blood clot in the middle cerebral artery and (iii) Blockage in the internal carotid artery.

When a blood clot travels at the level of the brain, reaching a more or less important artery, it can cause a blockage. If this blockage is only temporary, this leads to the appearance of an ischemic stroke (temporary lack of oxygen and nutrients in the area). On the other hand, if the blockage lasts for a prolonged period of time, the artery will compensate by breaking, leading to a hemorrhagic stroke. It goes without saying that latter is more complex, with a more negative prognosis (depending on how extensive the hemorrhage actually is).

Symptoms of Blood Clots in the Brain

These are the most important symptoms that can appear:

Causes of Blood Clots in the Brain 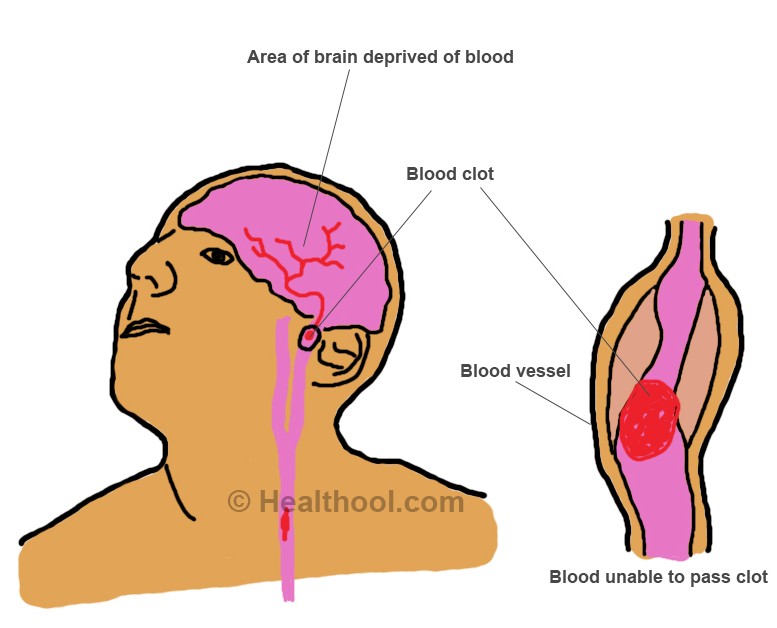 Blood clots in the brain picture 2 : Diagram showing the area of brain deprived of blood, blood vessel and the blood clot.

These are the most common causes that can lead to the appearance of blood clots at the level of the brain:

Treatment for Blood Clots in the Brain 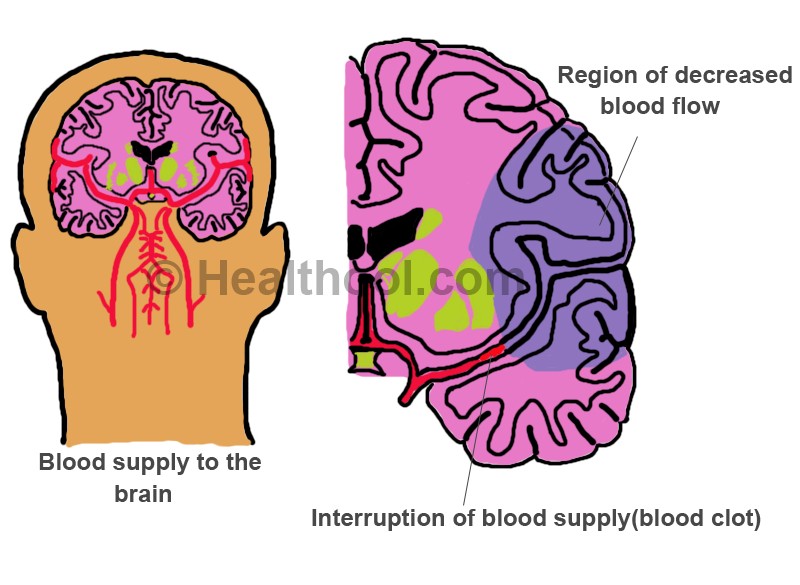 These are the measures of treatment that can be taken:

When are you facing an Emergency situation?

There are certain symptoms that might guide you in seeking out emergency medical assistance (most likely, you are experiencing a stroke or a heart attack). If you have difficulties breathing, pain or tightness in the chest, with the pain extending to the shoulder or entire arm, you should seek out emergency medical assistance. The same goes for the following: increased pulse or heartbeat, sudden weakness or numbness on one side of the body. If you notice other people suddenly experiencing difficult speech or you see them not being able to understand you, these might also represent signs of stroke.

It is possible to reduce the risk of blood clots and stroke by leading a healthy lifestyle. You need to become more active, enjoying daily physical activity and avoiding periods of prolonged seating. The more active you are, the more reduced the risk of stroke is going to be. At the same time, you have to maintain a healthy diet, one that includes plenty of fresh fruits and vegetables. In this way, you will reduce the risk of atherosclerosis and, subsequently, the one of blood clot formation.