What is Corneal Edema?

All over the world, there are millions of people who are operated upon for cataract. Unfortunately, like any other surgical intervention, the cataract surgery can lead to a number of complications. One of the most common complications is represented by the corneal edema. In the medical literature, this is also presented as bullous keratopathy (pseudophakic or aphakic). In the initial phase, the inflammatory process occurs in the stroma. Given the fact that this is a progressive condition, in a short period of time, the inflammation reaches the intercellular epithelial layer. The appearance of bullae is a sign that the inflammation or edema has gotten worse.

The number of people who have suffered from such complications has reduced in the past few years, thanks to the development of surgical methods and also to the innovative lens design. However, it should be mentioned that the corneal edema remains an often-encountered complication of cataract surgery. The highest risk is of visual disability, no matter if the procedure went according to the routine or there were any other complications associated to it.

The cornea can be defined as the transparent membrane that covers the eye (and more specifically the iris and the pupil, plus the anterior chamber). It is important to understand that, as long as the cornea remains dehydrated, the corneal transparency is going to be maintained. The presence of fluid in the cornea is suggestive of increased intraocular pressure. It can also be a sign of metabolic changes at the level of the epithelium. The loss of epithelium in the cornea can be caused not only by an inflammatory process but appear as well because of a surgical intervention (trauma) or as the direct result of corneal dystrophy.

As the transparency of the cornea is reduced, the patient starts to suffer from impaired vision. The severity of the visual disability is in direct proportion to the intensity and progression of the corneal edema. As both the central and peripheral cornea suffer from a thickening process, the patient might experience pain in the affected eye and see a halo around the different sources of light. The foreign body sensation might appear, followed by the increased sensitivity to light (photophobia).

Because of the initial edema affecting the stroma, it is possible that the normal tear film is going to be disrupted. When vesicles or bullae are noticed on the surface of the cornea, this is suggestive of the fact that condition has reached an advanced stage. The patient will experience pain and photophobia, both symptoms becoming more intense as more bullae form and rupture at the level of the cornea. In patients who suffer from Fuchs dystrophy, it is possible to see cornea guttata, which is characterized by lesions at the level of the endothelium and a specific appearance (beaten metal). 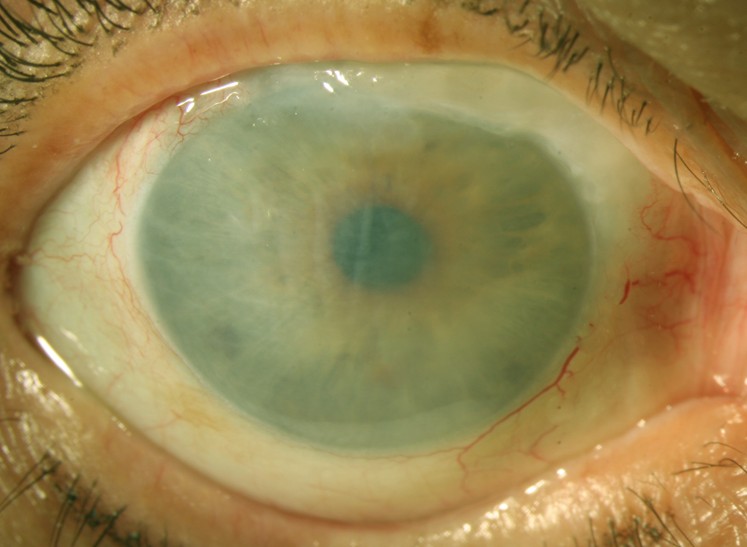 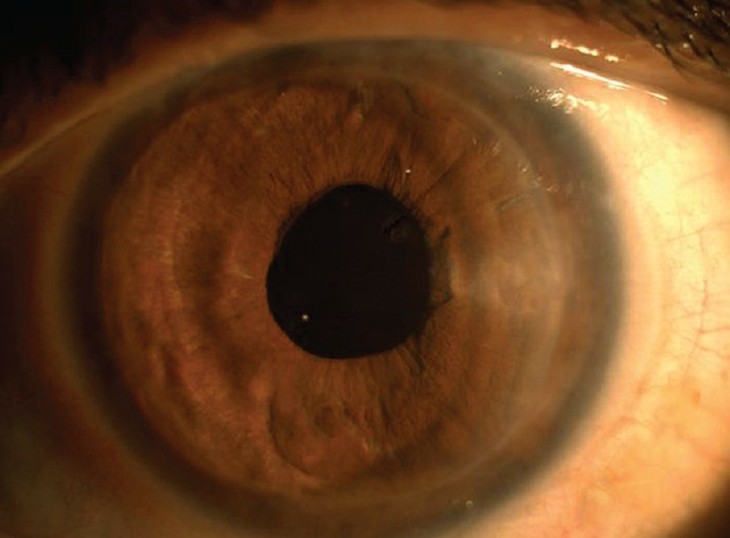 These are the most common causes that can lead to the appearance of the corneal edema:

The suspicion of corneal edema can be confirmed through histologic analysis as well. This can confirm the endothelial cell loss, identifying other characteristic changes (corneal guttata in patients with Fuchs dystrophy). It can also be used to identify the thickening at the level of the Descemet membrane.

The main purpose of the treatment is to minimize the corneal edema, which in turn will improve the symptoms experienced by the patient, such as the visual disability, pain or discomfort. Hypertonic agents are generally recommended for the mild corneal edema; doctors often prescribe sodium chloride, under the form of solution or ointment, with the purpose of creating a hypertonic tear film (this will draw the water out of the cornea). Eye drops can be used in order to improve the quality of the vision.

Bandage contact lenses are used as adjuvants to the current medical treatment(s). These guarantee temporary relief from the pain or discomfort caused by the corneal edema, being treated with antibiotic substances (prevention of secondary bacterial infection). In the situation that the patients suffers from extremely intense pain, associated with visual disability, the anterior stromal puncture is preferred as a method of intervention.

In order for the epithelium to adhere to the underlying cornea, the excimer laser phototherapeutic keratectomy is used as a method of intervention. Severe cases benefit from corneal transplant, especially if there is vision loss and significant pain. The newest intervention of this form is known as the Descemet membrane endothelial keratoplasty. Other treatments recommended for the corneal edema include: antibiotic drops, prednisolone, brimonidine and timolol ophthalmic.

The prognosis of corneal edema is good in the majority of cases, especially in patients who have undergone a corneal transplant. However, the level of vision required for certain activities, such as reading or writing, is present in only half of the patients.