This is an oral condition where people have extra teeth growing anywhere in their mouths. These extra teeth are referred to as supernumerary teeth. Although anyone of any age, gender, or race can develop this medical condition it seems that ones who have Gardner’s syndrome, cleft lip, and children born with Down syndrome are often the ones who suffer from supernumerary teeth. According to research it is unusual for a person to have supernumerary teeth without having some type of syndrome. When a person has supernumerary teeth they are more common in permanent teeth and seldom appear with deciduous teeth, also known as baby teeth or temporary teeth. Between one and four percent of the population in the United States has hyperdontia with males being affected more than females at a ratio of two to one.

A person normally has twenty deciduous teeth and thirty-two permanent teeth but for those who have hyperdontia they develop more teeth than normal even though these extra teeth may never come through the skin. It is very common to have only one extra tooth instead of having multiple ones. Many people do not even realize they have hyperdontia after they have had a normal set of deciduous teeth. Having supernumerary teeth can cause several problems such as:

If these extra teeth do erupt they could be abnormally shaped or place and be prone to decay and cavities. They can grow in between your molars or normal incisors and may appear as impacted wisdom teeth. Supernumerary teeth have different names according to where they are located; if present at or shortly after being born they are called natal teeth, if by a molar they are called distomolar or distodens, and if they are by an incisor they are called mesiodens.

At this time researchers have not been able to pin down a specific reason why this happens but some feel that the two main causes of hyperdontia are environmental causes and family genetics. Which elements in the environment that can cause hyperdontia is not known yet. Supernumerary teeth can form as a result of a tooth bud that splits during the first stages of development or because of an extra tooth bud in the tissue that that forms tooth buds called the dental lamina.

In order to prevent any possible future dental problems a child should be evaluated by an orthodontist by the time they are seven years old. During this exam the orthodontist can see if the child has hyperdontia and fix the problem before the supernumerary teeth cause any problems when their permanent teeth start to erupt. One thing to note is that if it is found in the natal teeth stage it is not necessary to remove the supernumerary teeth unless they are loose and could present a risk for choking on them because of passage into their lungs.

If you have hyperdontia the way to prevent or correct this problem and the problems associated with this medical condition is to see your dentist to see if you need to have them extracted. If your dentist decides to extract them it will generally be done under local or general anesthesia. Which type of anesthesia is used depends on how severe the problem is. There are some cases in which your dentist may have to cut the tooth and remove it in pieces. If supernumerary teeth are being extracted in order to allow your permanent teeth a place to grow your dentist may have to ensure that the space where the supernumerary teeth are being extracted is wide enough for your permanent teeth to erupt. Your dentist may also have to use orthodontic methods and put them in place in order for the remaining teeth to grow in alignment properly.

It is found that your permanent and supernumerary teeth have fused the way that this is treated will require endodontic treatment. This type of treatment involves the treatment of the tooth pulp along with the tissues that are surrounding the root of the tooth. Because of the tooth’s abnormal structure and width the fused teeth will need to be surgically removed. If not removed it can lead to occlusal function issues, which is the surface of the tooth that grinds during chewing so a person’s chewing abilities may be compromised. It could also lead to alignment and crowding issues. 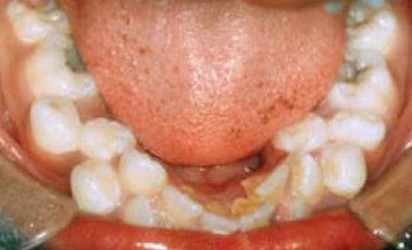 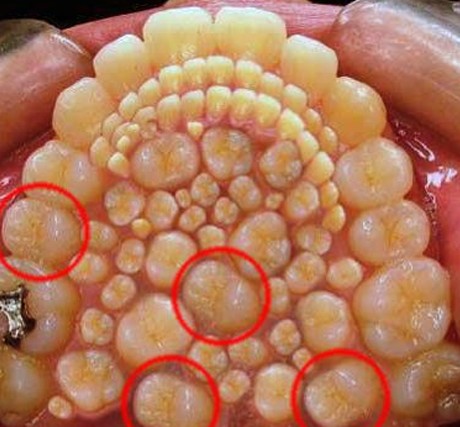 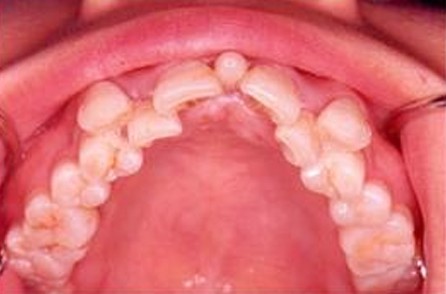